The discussion followed a presentation by City Manager Steve Miller of three options … a 1% rate increase, no increase, and a 1% rate decrease. The estimate is that a 1% decrease in the rate equates to approximately $ 42,000 in property tax revenue.

The increase in income from other sources prompted council members to consider lowering the property tax rate. Some have expressed support for the rate cut. Mayor Mike Schutzbach said: “I guess we can forget about the increase.” City Commissioner Hank Stephens is also in favor of lowering the rate, saying: “We are not supposed to spend all we can.”

Commissioner Merv Gillenwater was a little more careful, saying: “I would like to stay where we are. We don’t want to lower the rate, things go wrong, then we have to come back and ask for more ”.

Further work on the levy is expected at the next Council meeting, with the possibility that the rate will then be finalized.

Council discussed an agreement with John Boos and Company for improvements that would benefit the company and the City. Under the proposal, John Boos would build and maintain a stormwater retention pond until the City has developed the neighboring land. The City would install the pipeline involved in the project and sell 3-1 / 2 acres of property to John Boos. 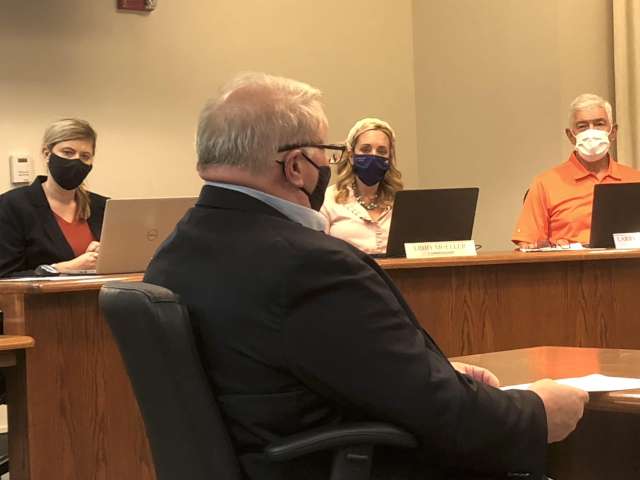 John Boos Chairman Joe Emmerich told Council the project would help facilitate the 90,000 square foot expansion of the company’s metallurgical plant and a primary shipping point for the operation. The City would benefit from the plant expansion and resulting job growth, as well as improved access to the large land acquired by the City just north of the Boos plant.

The Council discussed a deal with Milano and Grunloh Engineers for work to extend Ford Avenue to 4th Street, but orienting Ford’s extension north and east to finalize the intersection de Rickelman and 4th with Ford. Engineering is estimated at just under $ 90,000.

There was also discussion about buying a property that would finalize the land holdings of the city, Kabbes Development, Griffith Trucking and Keller Enterprises in the area near Griffith Trucking. Miller explained that there is an eight-foot gap in the property. The purchases have been finalized with Kabbes and Griffith, but are to be finalized with Keller.

In articles voted on Tuesday, Council rezoned the property at 315 South 1 and the corner of Willow and Fayette from light industry to general commercial. The land is the former home of John Boos and Company and is now fully zoned for commercial development. Homewood Grill has plans for a new building at the location. The lots located at 809 and 811 Franklin Avenue have also been rezoned, moving from a single-family residence to a neighborhood shopping district. The lots will be used for Kemper CPA Group parking. Council also approved three small dishes, one on North Lakewood Drive in the Rollin Hills Subdivision, one for Operation FedEx Ground on Heartland Boulevard, and one that creates four commercial lots bounded by Jefferson Avenue, Washington Avenue, 1st Street and 2nd Street.